An excellent article written by Tim Lloyd published in SA Weekend, January 24, is the inspiration for this post.

I am a proud resident of the lovely Adelaide Hills over a 27 year period, a decade of which was at Marble Hill, just 2 kilometres from the ruins of the fire destroyed summer residence of South Australia’s Governor General.

Snow is a rare occurrence in the Adelaide Hills. This Bing listed photograph was taken after a snow fall in 1905 when the Marble Hill residence was at its grandest.

The scenic Adelaide Hills is also an area of historic significance. Its beauty has been captured on canvas by one of its best known former residents, landscape artist Sir Wilhelm Ernst Hans Heysen, and his daughter Nora who lived at the Cedars, just outside the tourist mecca Hahndorf. 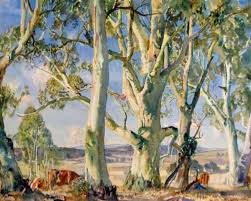 But this idyllic area from time to time is savaged by bushfires, the most recent being in the first few days of 2015, sixty years after the 1955 fire which destroyed the Marble Hill property. Irresponsibly this irreplaceable property was not insured, and restoration therefore too expensive for the government to consider.

Thanks to the initiative of  respected couple Ed and Patricia Michell (Nee Bishop), who have now purchased the property, some of its former glory will be restored.

Photo from The Advertiser.

The burnt-out ruins have remained a significant tourist attraction, set as they are on a mountain-top with spectacular views.

Marble Hill commands a spectacular view over the Adelaide Plains

An aerial view of the ruins.

The Marble Hill Mansion was built in 1880 by the then Governor, Lt Gen Sir William Jervois, for 21,000 pounds. It became a fitting summer residence, and retreat for South Australia’s Governors.

It was burnt-out on January 2, 1955 by scorching fires that spread rapidly to devastate a vast area of the Adelaide Hills, whilst Governor Sir Robert George and his family were in residence. They were fortunate to escape with their lives.

By an amazing coincidence on precisely the sixtieth anniversary day January 2, another bushfire started at Sampson Flat within sight of Marble Hill. It destroyed 27 homes and over 130 people were injured, but mercifully no lives were lost. It was a sober reminder of the vulnerability of the Australian bush in the heat of summer.

We sympathise with those who have lost so much, and commend them for their bravery and willingness to rebuild.

We are grateful to the civic-minded Michel family who 60 years later have undertaken to re-build  from the Marble Hill ruins, a stately residence for their own needs; one that they will regularly open for the public to enjoy. We all look forward to seeing what will predominantly be an exterior restoration of the property.

I studied at Adelaide Boys' High School, and the University of Adelaide, Medical School. graduating in 1961. My field of specialisation was Plastic and Reconstructive Surgery. Prior to establishing my practice in Adelaide, I spent 5 years working in India, and Papua-New Guinea, in the field of reconstructive surgery for leprosy. In retirement I joined the Australian Technical Analyst Association and passed the two examinations for a Diploma inTechnical Analysis, and the designation Certified Financial Technician (CFTe) by the International Federation of Technical Analysts.
View all posts by Kenneth Robson →
This entry was posted in Community Issues, The Environment and tagged GH Michell, Hans Heysen, Marble Hill, Patricia Bishop. Bookmark the permalink.
Loading Comments...
%d bloggers like this: